Criteria a parent must meet

The first step is to understand the criteria for receiving a Presidential Nomination. Eligibility criteria are based on a parent’s service. In order for your child to be eligible, you must meet one of these criteria:

It takes a pretty long time to accumulate 2,880 points. However, a number of our readers may be serving in the Reserves and National Guard. Here’s a quick summary on computing points:

If you meet all of the above criteria, then your student is eligible to apply for a Presidential Nomination. The next step is to fill out an application, which can be found on the website of each service academy.

What if you aren’t a legal guardian?

In order to be eligible for a Presidential Nomination, you must be the natural or adopted parent of the student.

If you’re considering adopting a child and that child may or may not want to go to a Service Academy, plan around their 15th birthday. In order to be eligible for a Presidential Nomination, you must have begun adoption proceedings before the student’s 15th birthday.

Your best bet here is to have official paperwork with dates that indicate you began on time that you can provide with the nomination application.

The next step is to apply for the nomination.

The steps to submit your presidential nomination for each Service Academy 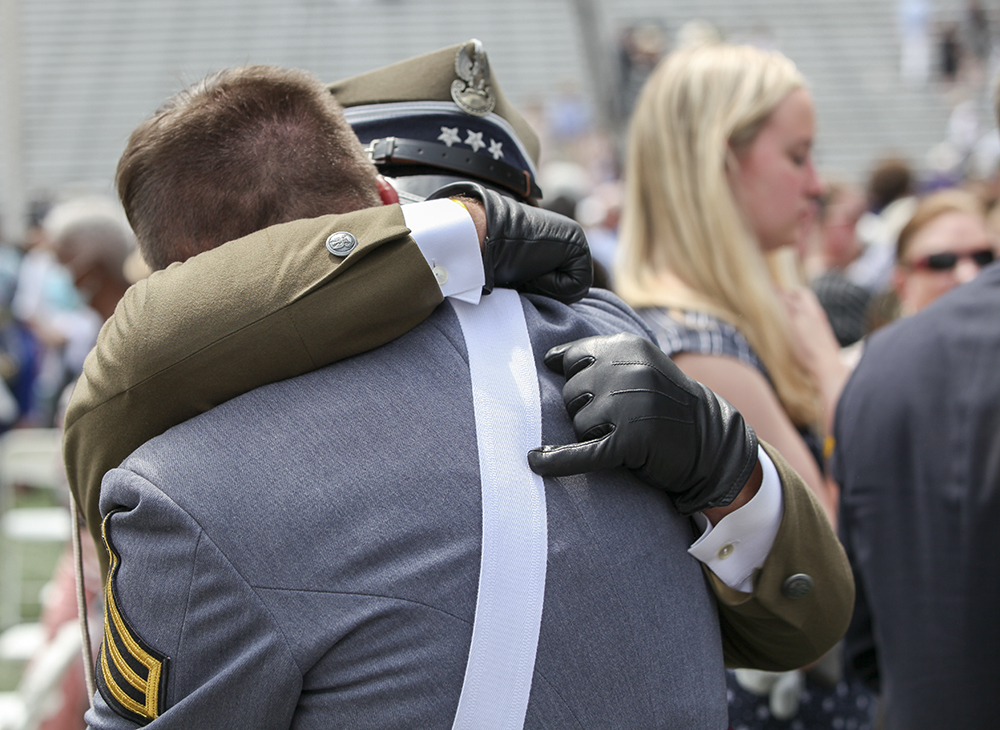 However, this still leaves the other 3 Service Academies. Here are the steps for each:

You can request a nomination form from the candidate portal, once you’re granted candidate status and you open a file with West Point.

A form will be auto-generated that includes this information. You can upload the completed version of this form to your portal.

The Presidential Nomination form for West Point is due mid-December.

Submitting your Presidential Nomination to the Naval Academy

You can request a nomination from July to January of the year before admission.

Submitting your Presidential Nomination to the Air Force Academy

To request a Presidential Nomination to USAFA, compose a letter similar to this example. Mail the letter to:

The nomination request must be made by January 31st of the year you will enter the Air Force Academy.

You’ll need to attach a statement of service signed by a personnel officer, a copy of your DD 214, VA documentation, or other proof of service depending on how you qualify.

Does a Presidential Nomination change chances of appointment?

Admissions will still look at the Whole Person Concept. Is your student a scholar, athlete, and a leader?

Admissions will consider your student’s academics record, SAT/ACT scores, transcripts, resume, the input of teachers and other adults, essays, and candidate fitness assessment results, among other things.

At the end of the day, we recommend students aim for the 75th percentile of accomplishments/achievements of past admitted appointees. In general, a Presidential Nomination does not lower the requirements of admission.

Should my child still apply for other types of Service Academy nominations?

The short answer is, YES! Your child should apply to every nomination type they are eligible for.

There are two main types of service academy nominations, with many subsets:

The nomination and appointment process is highly competitive, and we encourage students to seek out as many nominations as possible. The more nominating sources your child has, the better their chances are of earning an appointment to a service academy.

Thank you for your service and best of luck to your child in their future endeavors.